Shall we say unfulfilled Well, as I said if magazine pitch passed or not, at least i'll have something to post on my busy days. This one is completely random I guess and pretty much has nothing to do with anything.
This week is as busy as the previous two plus I have decided to include social life back into the schedule (purely for mental health reasons). Which basically means I go to work around 7 in the morning and come back around 6 (good days) or 7 (usually) and then have one drink with one friend, go home early and fall asleep tipsy of wine… This off course makes me feel very, shall we say, unfulfilled.
Anyway about the drawing: it's for an article on pitfalls of shopping. Magazine is very fashiony so I wanted to have such a feel about the illustration. Off course I super enjoyed doing these even though I was doing them after 10 hour days well into the midnight…. FOR F*** SAKE it would be nice if every once in a while I had something else to talk about except  work!!!( and eczema doesn't count).
I am bored of putting those words on (Office Word) paper.
The other day a friend and I reminisced about the past and she mentioned how she went to see a movie with my then boyfriend. And then she asked how come you weren't with us?
"I probably didn't have time"- I answered, because even though it was 8 years ago and I have no idea what time of year was it or what day it was, 99% that this was the reason for not going.
Pathetic.
Posted by Maya • Fashion Illustration blog at 7:04 AM 6 comments: 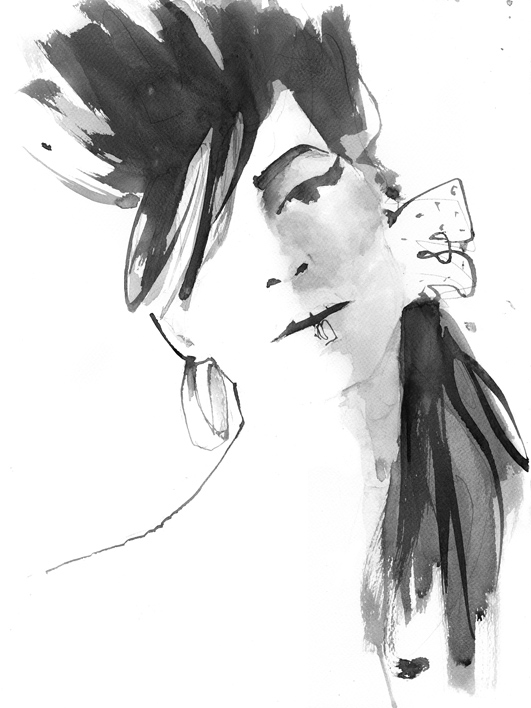 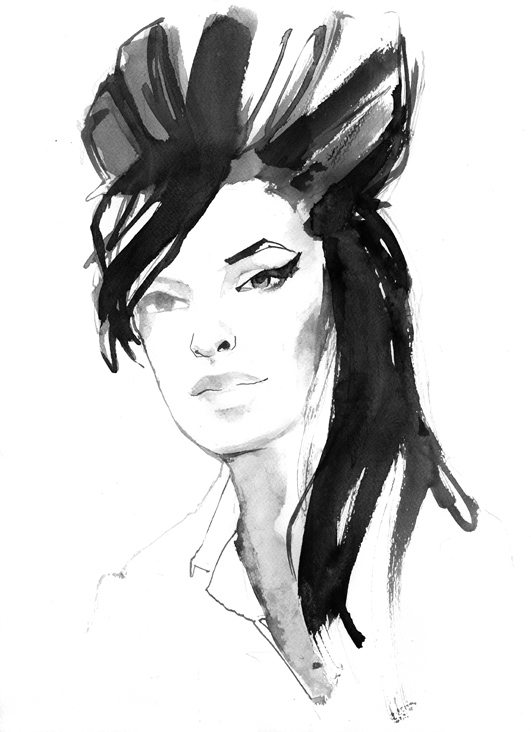 Dear, dear Amy. I was so sad when I heard she passed away.
I kind of hoped she'll do a Drew Barrymore and one day just be this happy, productive person, some kind of more talented version of Corrine Bailey Rae (not that Corrine isn't talented, it's just that Amy's voice was otherworldly, she is one of those rare talents you see only few times in a hundred years), you know just this sensitive, talented, working artist with inner strength.
First thing I thought, when I heard the news, was I can't believe we won't hear any more Amy Winehouse songs… though I hope there are some recorded somewhere and, like 2Pac's, are gonna keep surfacing for years to come. She gave a soundtrack to a few years of our lives, everybody, regardless of music taste, loved her. Her music was tasteful, original and smart: anyone who ever, rightfully or not, dramatised their love life could connect with both her lyrics and her voice.
Well I drew Amy. First one is from her video "Love is a losing game" which is, strangely, done as she is already dead: all put together from previously recorded material, with her face in slow motion, all in black and white and a mournful feeling to it… Just so, so sad. The other one is just a pic that I had on my computer, that I just kind of liked as she had a healthy feeling to her.
Posted by Maya • Fashion Illustration blog at 3:28 AM 6 comments: 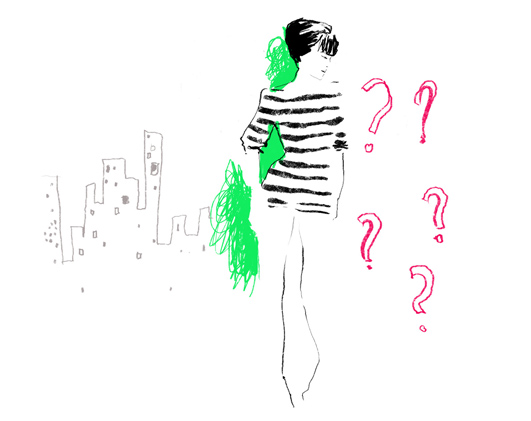 So today, pen in my hand I decide to draw something. No idea where am going or what I wanna do.
This is what I came up with.
I have no idea what it means but have a distinct feeling it's important.
Than I animated it. It's just a sketch of an animation, I wanted to avoid a nervous breakdown at any cost having already had one on Monday morning.
Doesn't suck.

p.s. Song is Heaven can wait by Charlotte Gainsbourg... Hence the title.
Posted by Maya • Fashion Illustration blog at 11:57 AM 7 comments: 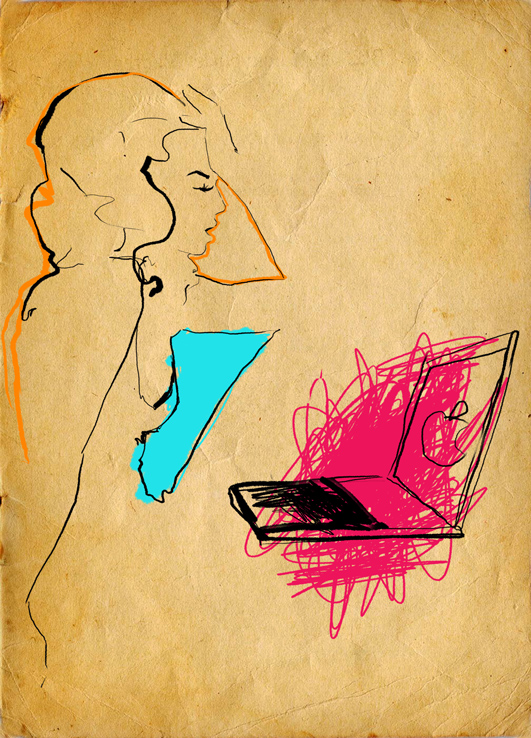 I think I haven't mentioned this but I got me a new computer about month and a half ago. Happy news, I know, until I tell you about the ensuing nervous breakdown I had this weekend.
So.. I got me a MacBook Pro, thinking to myself it's either worth the money or not, either way it's supposedly good and most important of all, oh so pretty (I had pretty much all Apple products at one point or another, except I pad which is (still) on my wish list). So I fork out some MAJOR money and go for it.
Flash forward month and a half later and it's battery died! You can imagine my frustration and disappointment. In the middle of redesign at work, with a deadline for the printers at no Monday and my "monster" of a computer works about as fast as a pocket calculator and only when it's plugged in.
Monday morning I call the official reseller in Croatia to get it fixed and they are not really interested. They tell me in robot voice: Ma'am, there is an official protocol we need to follow and maybe (and maybe not) I could get it back in about two weeks. Of course am livid (and shouting at this point): TWO WEEKS! I HAVE A JOB ( and not  to mention a blog)!!! AM NOT SOME 12 YEAR OLD WHO GOT IT CAUSE OF THE COOL FEATURES PHOTO BOOTH HAS!
Off course they didn't like me shouting at them but I didn't like them selling me a 3000 € computer for it to die after month and a half.
In the end I will take it to another company, as they were at least understanding to my problem. And mostly this is what I, as a costumer wanted, someone telling me they know it sucks this happened and that they will do their best to fix it as soon as possible. That's it.
Am off now, have to find someone who knows Steve Jobs to complain to him directly about the company that sells Apple in Croatia.
This is probably where 6 degrees of separation will come in handy, no!?!?
Posted by Maya • Fashion Illustration blog at 4:02 AM 7 comments:

GET IN TOUCH FOR COMMISSIONS

WHAT I LOVE TO READ

A girl, a style

Not just another Milla